After the Salem witch trials were over and the victims were released from prison, some families petitioned the government for restitution and reversal of attainder. These records are useful for rebuilding families. 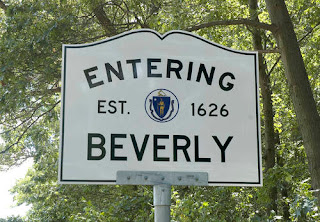 When Dorcas Hoar was accused of witchcraft in April 1692, she was a recent widow in her late 50s, no doubt struggling financially to survive in her humble abode in Beverly. After many months of imprisonment, she came home to find what little she had was confiscated, even her bed. In 1696, her husband’s estate was probated, showing William’s assets, including five acres and the remainder of an old house, were worth less than his debts, so everything went to his creditors. Without a reversal of attainder, Dorcas probably was not entitled to her widow’s third since legally she was still guilty of witchcraft, a capital crime.


On 13 September 1710, John and Annis King petitioned for restitution on behalf of Dorcas Hoar. Besides providing acknowledgment of a wrongful imprisonment (and, in some cases, death), this act allowed some victims and their families to receive money for associated costs. In the case of Dorcas Hoar, her family was paid for jail costs, travel expenses, and items taken from her home, including two cows, an ox, a mare, bedding, curtains, and household stuff. We know Dorcas was dead by this date because the full amount of £21 17s was split between her heirs.

By the time the heirs received the money, there were some changes in the family, as shown in the following chart.

The Family of Dorcas (Galley) Hoar

6. Samuel Hoar was in court in July 1678 with his father for “neglecting the public ordinances.” No further record; he died before September 1710 list.

7. Simon Hoar was in court February 1678/9 with sisters Elizabeth Johnson and Annis Hoar, for “abusing Mr. Hale’s cattle,” probably in retribution for the burglary ring charges of 1678. No further record; he died before September 1710 list.

Dorcas Hoar really was a witch

It could be an omen that John and Florence Galley were fined by the Essex Quarterly Court in 1635 for fornication before marriage. Born shortly thereafter, their daughter Dorcas had several confrontations with the law and clergy throughout her married life. Growing up, however, she lived a comfortable but not overly religious life. Her father was admitted to the church in Beverly, Massachusetts, in his early 60s, so it’s likely the Galley household was not as God-fearing as their neighbors. And, at his death in 1683, John Galley, planter, left an estate worth £200.

Living in a Puritan church-state and believing in its teachings are not one and the same. After settling into married life about 1655 and having children, Dorcas and her husband, fisherman William Hoar, strayed from the gospel. In 1661 and 1662, William was brought before the court for “allowing tippling” and celebrating Christmas at his house. All along, Puritans discouraged holidays as pure popery—especially Christmas, which not only had no celebratory date in the Bible, it also usurped a pagan solstice festival. In fact, from 1659 to 1681 the Massachusetts Bay Colony outlawed Christmas.

Around the same time, Dorcas started dabbling in the dark arts.

“Thou shalt not suffer a witch to live”


Dorcas admitted she learned witchcraft from a book of palmistry and from a practicing healer. She and her daughters married poor men, and her skills at fortunetelling and predicting illnesses (even death) supplemented a meager income, not only for her household but for her grown children’s households too. Even though Puritan theology denounced divination as trespassing on God’s all-knowing plan, people still wanted to know what the future held for them. Badgered by the local minister, Mr. John Hale, in 1670 Dorcas repented for her sins.

People in Beverly started noticing small things went missing, like an apron or a pillowcase of flour. After a while, John Hale realized the criminals in their midst were specifically targeting him and his house of plenty. At first, blame was placed on his servant, Margaret Lord, but stolen items appeared throughout Dorcas Hoar’s extended family, making her the mastermind behind the burglary ring. (Margaret Lord threatened the Hales' daughter into silence by telling her Dorcas Hoar was a witch.) In 1678, Dorcas was in court listening to a catalog of the bushels of foodstuff, the yards of cloth, the items of apparel, coins, and jewelry that were stolen, most of which was bartered off to keep the Hoars fed.

The court records don’t provide a verdict. Two years later, however, William Hoar was put in charge of sweeping the Beverly meetinghouse, keeping the time (using an hourglass!), and ringing the bell at nine o’clock every night. In recompense, he received one peck of corn yearly from every family in Beverly.


Not surprisingly, in 1692 widow Dorcas Hoar was convicted of witchcraft and condemned to hang on September 22. She confessed and received a reprieve, with supporting testimony from none other than Mr. Hale. Given a month to prepare her soul for death, she fortunately survived the witch hunt and was set free.


* As a footnote to Dorcas Hoar’s story, Deodat Lawson claimed she had an “elf-lock,” a matted section of hair different from the rest that was four feet and seven inches long—further evidence of being a witch.

Deodat Lawson, A Brief and True Narrative of Some Remarkable Passages Relating to Sundry Persons Afflicted by Witchcraft, at Salem Village (1704)

If my genealogy research is solid, how could my DNA results be wrong?

At seminar talks and on her blog, Judy G. Russell, the Legal Genealogist, suggests taking autosomal DNA tests at more than one company because each company presents data in different ways—and, more importantly, you expand your pool of potential cousins. Having tested at FamilyTreeDNA and 23andMe, I decided to follow Judy’s advice and try AncestryDNA.

And what I found shocked me.

I expected to find an autosomal DNA match with Ruby, my longtime conspirator in tracking down our Gibson ancestors. For 18+ years, we’ve been email buddies, sharing research and debating potential candidates for our family trees. Our mutual tenacity and our databases proved we were fifth cousins, so why didn't the DNA agree?

On AncestryDNA, I found cousins from my FamilyTreeDNA and 23andMe match lists, but no Ruby. (She didn’t test with the other two companies.) With my 5,000+ hits, you’d think one speck of spit would have declared our relationship. But it looked like we were swimming in different pools.

Luckily, AncestryDNA lets us share DNA results even with someone not on our match lists. (From the AncestryDNA home page, click on the Settings button on the right and scroll down to the green button, Invite Others to Access DNA Results.)

After opening AncestryDNA results pages for both of us, I filtered my search for any Gibson born in Massachusetts. We both had four hits, but none of the same. Figures.

This required diving deeper. I checked the family trees of all four of my cousin matches with my genealogy database. Two of them definitely were from my Gibson line, though the other two may be a new Gibson lead or unknown matches with another surname. Then I repeated the same checks with Ruby’s matches and my database. Her results showed one person shared a direct ancestor with Ruby and me; two had the granddaughter of our direct ancestors; and one matched one of Ruby’s collateral lines, but the Gibson surname was a red herring.

This case proves Judy Russell’s other important suggestion: The more relatives you test, the more matches you'll find. That’s because you won’t share the same genetic admixture with your nearest and dearest. If possible, have as many close relatives (grandparents, parents, aunts, uncles, siblings, children, etc.) take autosomal DNA tests to spread your nets wider to catch more cousins.

The start of a new year causes people to compile lists of New Year's resolutions. Some good intentions are easily broken, while others become good habits.

If you're looking for inspiration for your genealogy writing, as a conversation starter, or just a fun day to celebrate, check out the calendar dates below.

In addition to the dates above, there are “moveable” holidays that change every year, such as Easter, Chinese New Year, Yom Kippur, Ramadan, and Diwali. To keep up with those dates, visit Holiday Insights. You’ll also find many other reasons to celebrate on that site. And don’t forget Thomas MacEntee’s GeneaBloggers’ daily blogging prompts.

Need help organizing all the dates? Check out Create Your Own Calendar.